How to Set Up an Effective VR Lab for Your School 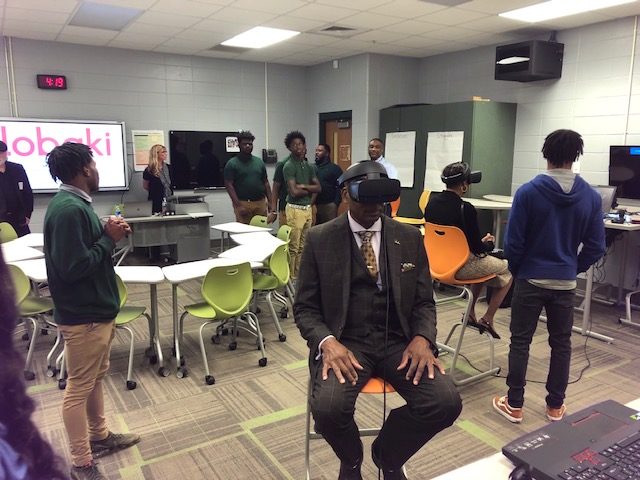 Many studies have shown that the application of virtual reality (VR) has the potential to transform the education sector.

In fact, the emergence of VR has helped industries like gaming and real estate in Nigeria access new ways they can improve their operations and service to customers, with the gaming industry consequently gaining billions of dollars from the rise of realistic VR games.

With how these industries have benefited from the use of VR technologies, it’s clear that the use of VR in teaching and learning methods will do a lot of good, and with the right setups, schools can improve on the research, learning, and teaching methods currently being implemented by them.

So how can schools maximize the opportunity that VR is presenting, and how do you deal with the complicated process of setting up a VR lab for your school?

Here’s how to setup an effective VR lab for your school.

Checklist for Setting Up A VR Lab For Your School

Setting up a VR lab is a complicated process, and to get it done the right way, you need to consider some important factors that make a good VR lab.

Here are three things you should outline before setting up a VR lab.

1. Consider the Space Needed and the Number of Users

As much as VR is a virtual environment, you still need to consider the physical space you need when building a VR lab.

First, the number of learners that will be using your VR lab is an important factor to consider; you don’t want your lab to be overcrowded or students not being able to participate in group activities due to limited space.

In addition, the type of VR experiences you want to use the lab for also matters; for example, if you’re planning to use the lab for game-based learning, you’ll need a lot of physical space (a VR treadmill can help solve the challenge of limited space) as most VR games have to do with a lot of movement.

2. Get an Estimate on the Cost of Setting Up a VR Lab

Considering VR is an emerging technology, the cost of VR equipment is expensive especially with the high exchange rate of dollar to naira, so setting up a VR lab costs a lot of money.

If you’re looking to setup a VR lab for a school, then there’s a high chance that you’ll need more than one piece of equipment, and VR equipment costs from hundreds to thousands of dollars, which can make the overall cost of your lab run into the millions of naira.

Therefore, it’s important to make sure you do your research and get your budget right before you even buy any VR equipment.

The realistic immersive visual, auditory, and sensory information that VR has to offer is what you’re after when setting up a VR lab.

So it’s important that you plan which aspects of VR you want to incorporate into the learning, teaching, and research methods of Nigerian schools.

There has to be a clear plan for what you want to do with the VR lab: game-based learning, virtual field trips, language immersion, skills training, special education, distance learning, improving collaboration, and other learning methods through which you can use VR.

If you have no idea how to strategize VR contents for your lab, then you might consider hiring experts agency like Insightful3D Studio who can help you come up with a plan and create a learning curve that can make your students better.

Whether you’re in Lagos, Abuja, Ibadan, or any other big city in Nigeria, setting up an effective VR lab requires you to spend millions of naira on VR equipment.

Here are the necessary tools you need for a school’s VR lab.

VR HMDs like headsets and glasses are very important for a VR lab, as they’re the primary tools that blur the line between the real world and the virtual environment we access with virtual reality.

With a VR HMD, students can connect with a virtual environment and participate in learning exercises without any distraction.

They’ll come in handy in your VR lab most of the time, especially when it comes to game-based learning, language immersion, virtual field trips, skills training, and special education.

VR headsets such as ClassVR, Meta Quest 2, Redbox VR, and VR Sync are some of the best VR HMDs for schools.

The importance of a VR treadmill is subjective and based on a number of factors.

VR treadmills can help replace the physical space needed for activities such as games in a VR environment; however, you may decide against buying one if you have enough space or you’re looking to reduce the cost of setting up your VR lab.

In addition, since VR treadmills help with movements in VR, you need one if you want to avoid running into walls and tripping over objects while using VR headsets.

VR treadmills such as the Virtuix Omni, Kat Walk C2, Spacewalker VR, and Cyberith Virtualizer are some of the best VR headsets on the market.

Unlike VR headsets that can only be used by one individual, VR 3D projectors can be used to teach a large group of students at the same time in a VR lab.

With a 3D projector, students can see images and videos in a more realistic way, and each student has access to the immersive learning experience with or without the aid of VR glasses.

Cinemood 360, MKPlayer 360, and IMMERSIS are some of the best VR projectors on the market.

With motion sensors, you can track the movement of users participating in an experiment in the school lab and also monitor what a particular individual is seeing or trying to pass along to the whole class during a VR learning session.

Backpack PCs are used for 3D rendering in virtual reality, but if your VR lab is a low-budget lab, you might have to pass on backpack PCs.

Sound equipment mostly helps during group activities when users need to communicate with each other.

How to Set Up an Effective VR Lab for Your School 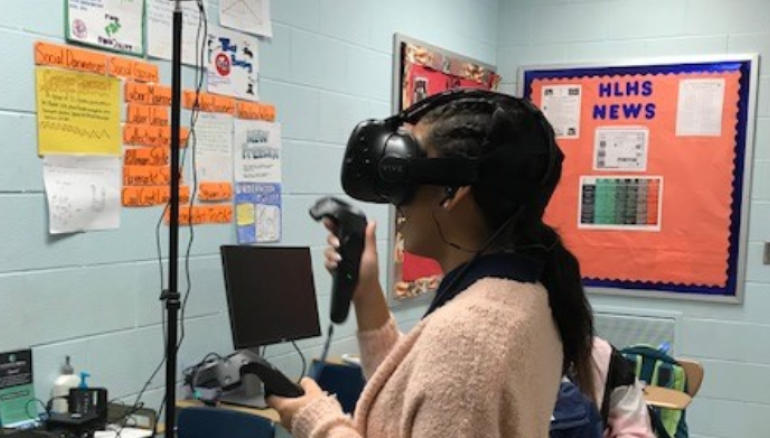